We hope you placed the right bets on Saturday’s match, because the guys from Aston Villa crushed Bransley in a 3-1 victory at home. If you didn’t, maybe it’s time to find some good online bookmakers. You could start by reading this Ladbrokes Review 2018. Let’s see the main events of the game and Aston Villa’s current situation.

With Grealish and Hogan in attack positions for Aston and Davies protecting Barnsley’s goal, the game begins on January 20th at 3 pm local time. Only 5 minutes in, Hogan is already proving his worth by scoring the first goal of the match, assisted by Elmohamady. Just 2 minutes later, he’s on fire and scores again, this time helped by Snodgrass. The game is on and develops at a very fast pace. The guys from Barnsley have woken up and Mallan assists Cavaré in shifting the score 2-1, 4 minutes after Hogan’s second goal.

Villa is not backing down and pushes for another change in score. Conor Hourihane assisted by Grealish manage to get one more point for their team, thus obtaining the final score: 3-1 in favor of Aston Villa, and it wasn’t even halftime yet.

After 41 minutes of game, Moore from Barnsley is being shown the yellow card. With only one minute before the break, Grealish and Hourihane are starting a counter attack, but the former bundles into the referee and Barnsley manages to regain control.  Bradshaw has an attempt on the goal but misses to the left. Villa gets a free kick in the attacking half and that is the last event of the first 45 minutes.

Barnsley opens the second half with a change: McCarthy is out and Hammil is in to show his skills. 6 minutes in, Hogan nearly makes a hat-trick when he hits the ball with his left foot but strikes the post. After 58 minutes of total play, Hammill attempts a shot but misses. They get 2 more big chances in the 63rd minute but with no results.

In the 67th minute, Potts is replaced with Mottley-Henry. 5 minutes later, Barnsley makes another change: Moore is out and Thiam goes in. Shortly after, Villa makes their first change: they take Adomah out and let Onomah in. Pinnock gets a yellow card after a bad foul in the 80th minute. 5 minutes later, Villa makes another change: Whelan replaces Hourihane and toward the end, Hogan is out to let Davis in for the remaining couple of minutes. 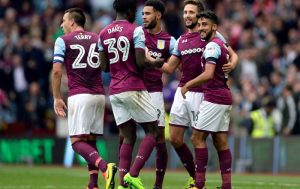 In spite of having more shots than Aston Villa (21-13), Barnsley didn’t get results. The number of shots on target was equal between the two, just like the blocked shots and the number of fouls. Aston Villa had slightly more possession, 56% to 44% and 2 corners more than Barnsley (8-6).

At the moment, Aston Villa is on the 4th position with 28 games played and 50 points, right behind Cardiff City with 51 points. The first place belongs to the Wolverhampton Wanderers (62 points), followed by Derby County (53 points). Barnsley is on the 19th place with 27 points, two places above the 3 teams that go to a lower division.  The last 2 teams that currently make the English Football League are Bolton Wanderers and Hull City.